Born in 1984 in Cairo, Egypt,  where he continues to live and work, Khatab received a PHD degree in Calligraphy from Cairo University in 2018, His main interest is mixing between painting, video art and installations. He started his career at the age of 12 as a billboard painter in streets, and later on developed passion towards Arabic calligraphy which has been ever since a significant element in his work. 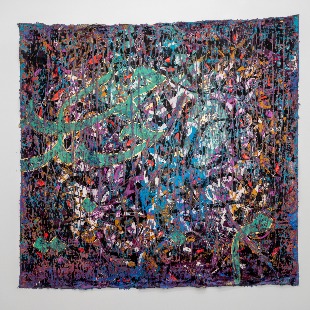 Become A Mono Gallery Artist
Subscribe to Our Newsletter
Careers
;